Skip to content
You are here
Home > In the Media > Maurice White, Founder of Earth, Wind & Fire Dies at 74 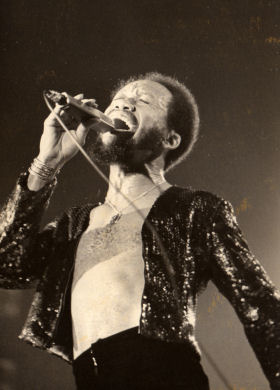 Earth, Wind, & Fire founder Maurice White died Wednesday at the age of 74.  According to his brother and group member Verdine White, Maurice passed away peacefully in his sleep.  While no cause has been specified, White suffered from Parkinson’s Disease.

Mr. White was born December 19, 1941 in Memphis, TN.  He sang in the choir at church and was inspired to become a drummer after watching local marching bands.  After graduating high school, White moved to Chicago where he studied music and eventually landed a position with the city’s leading record company, Chess Records.

In 1969, Mr. White formed a group called The Salty Peppers with friends  Wade Flemons and Don Whitehead, signing a contract with Capital Records.  While the group had local success, he later migrated to Los Angeles and changed the group’s name to Earth, Wind & Fire.  In 1970 his brother Verdine joined the band and by 1971 members included guitarist Michael Beale, Chester Washington on reeds, and Leslie Drayton on trumpet and musical arrangements,  Alex Thomas on trombone, and electric pianist/vocalist Wade Flemons.  In 1972 White added vocalist Jessica Cleaves, Ronnie Laws on the flute and saxophone, rhythm guitarist Roland Bautista, keyboardist Larry Dunn, percussionist Ralph Johnson, and vocalist Philip Bailey to the group.  The band, known for their trailblazing blend of jazz, funk, gospel, soul, disco and African music and electrifying stage performances gave us hits like “September,” “Shining Star,” “Boogie Wonderland,” “After the Love Has Gone,” and many others.  Earth, Wind & Fire has sold over 90 millions records, won 6 Grammy awards, 5 American Music Awards, 3 NAACP Image Awards received a star on the Hollywood Walk of Fame, and was inducted into the Rock and Roll Hall of Fame in 2000.  The group is set to be honored at the 2016 Grammy Awards this February.

In addition to serving as band leader and producer for Earth, Wind & Fire, Maurice White has extensive resumé having worked with many artists including Deniece Williams, The Emotions, Minnie Riperton, and Stevie Wonder.  Mr. White also composed music and wrote songs for movies and television programs.

While Mr. White enjoyed his success, music was more than just entertainment.

“It’s important to put the emphasis on the positive aspect. “I have learned that music helps a lot of people survive, and they want songs that can give them something — I guess you could call it hope.”

-Maurice White as told to The Chicago Tribune in 1985